Posted by epsilon on May 17, 2013
Posted in: Code, RPi-Arduino. Tagged: computer, gadgets, GPIO, project with one LED and one switch, python, raspberry pi, technology. Leave a comment

mio.py is “my” io library for Raspberry Pi. At present it is a kind of “hello world” program that demonstrates how work with one digital input, e.g., a switch, and one digital output, e.g., an LED. Below are (a) a photo of the Raspberry rigged up with a circuit managed by miO, (b) a description of the package, (c) some output on the command line, (d) a circuit diagram.

The (Python) code is at github.

(a) MIO RUNNING ON PI

PiFace is an IO board for the Raspberry Pi computer — 8 buffered inputs, 8 outputs, and two relays that theoretically can handle 10 amperes at 230 volts. See Gordon’s Projects for a full review. The model allows you to disconnect the relays from two of the outputs, and there is a Python interface. To test the board (and my understanding of it), I rigged up a simple circuit with one external switch — a Morse code type key — one, LED, and one resistor. Below are photos of (i) the PiFace board riding on top of the Raspberry Pi, (ii) the circuit board (iii) the whole kit-and-kaboodle, (iv) the circuit.

The code for running the circuit is at gitHub. (i) Use on(7) and off(7) to turn the LED on an off manually; 7 is the pin the LED is wired to; (ii) use blink(7) for a more exciting test; (iii) use read(0) to read the switch, which is attached to pin 0; (iv) use control(7,0) to control LED on pin 7 by the switch on pin 0 — flip the switch attached to pin 0 and ground to turn on the LED on pin 7. Of course all this is ridiculous overkill, but the idea is to get started and to test the PiFace + Raspberry Pi combo.

Note added: Stephen Visser has an excellent article on the PiFace. 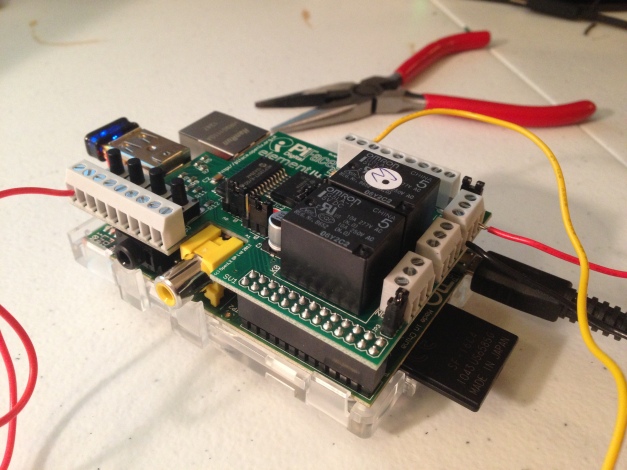 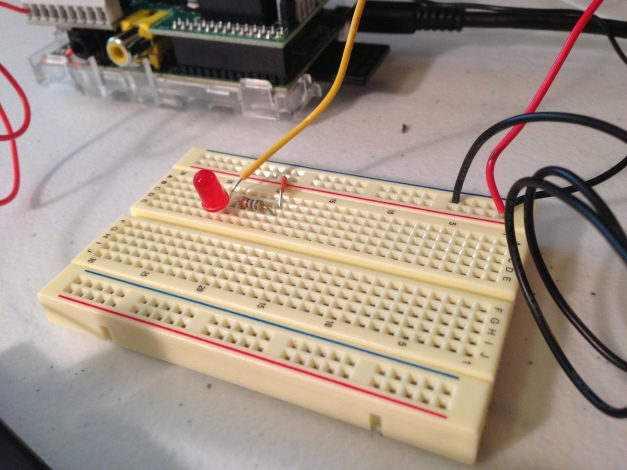 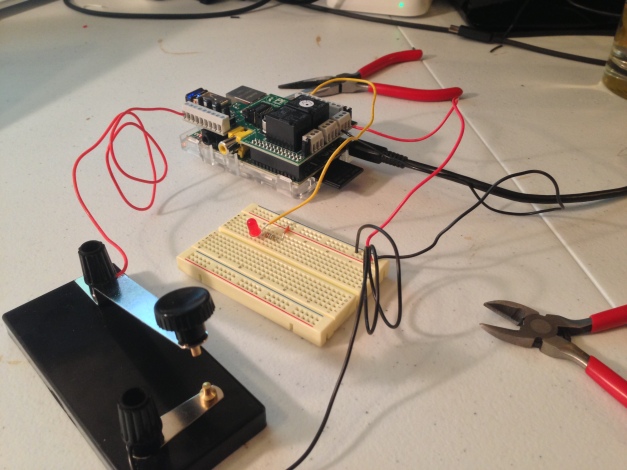